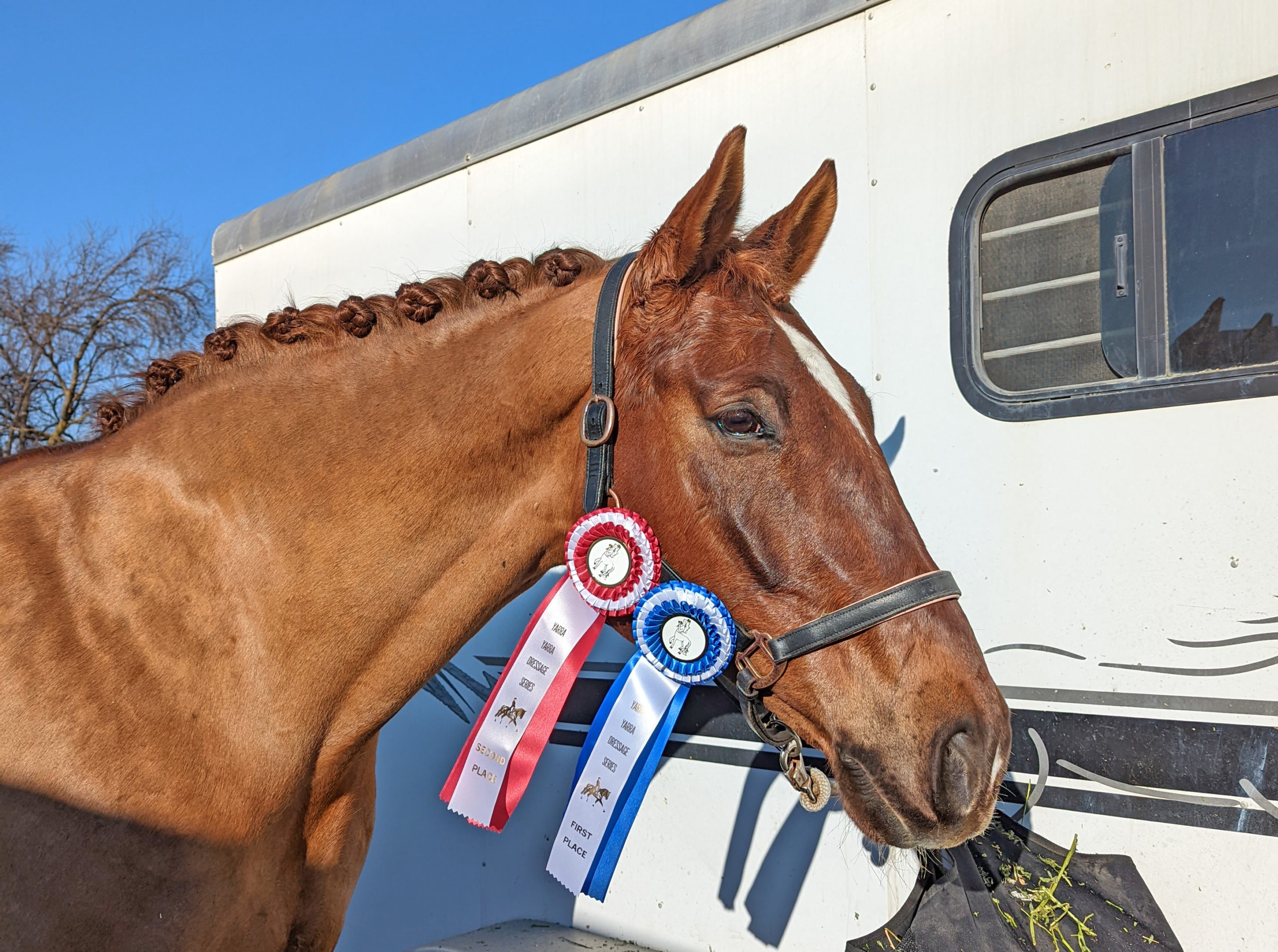 So dressage is an interesting journey.  I came into the year with minimal goals.  Honestly…for me they’re basically nothing.  I wanted to show 3rd level at some point, hopefully successfully (over 60%).  I wanted to get Jax solid on his lead changes.  I wanted to maybe qualify for RAAC which is early this year.  And I wanted to be done with show season by the end of July.  No concerns about Championships…a certain number of shows…or scores…or All Breeds…or Breed awards.  I just wasn’t feeling it.

How quickly a plan changes (even a pretty minimal one).  Jax and I went out at 3rd level last weekend and we did okay.  A 58% and a 56.5% wasn’t bad for having not a single flying lead change.  We were entered for another show mid February, but the moment I had time to cool down from the show, watch the tests and read my test sheet I confirmed what I was feeling inside.  It was too much too soon.  I scratched the February show and have put showing on hold for…however long it happens to be. 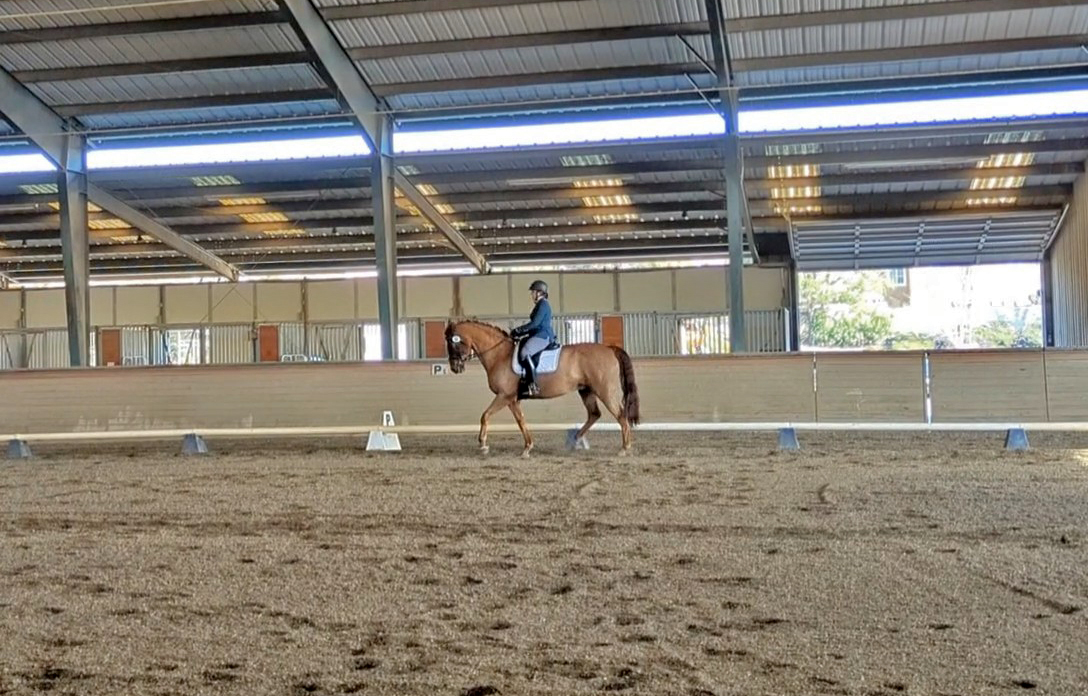 The real problem isn’t the lead changes.  I mean…that is a problem…but as my trainer said she managed to win All Breeds at 3rd level in the past with a horse without confirmed flying changes…so it’s possible to still do well without those boxes checked.  The problem was, I had no connection with Jax at the show…especially tracking left.  Nothing.  I mean…he’d occasionally click in for a couple of strides, but then he was right back against me.  He wouldn’t go through…he wouldn’t go on the bit.  Our canter was lateral.  Our left circles and left turns were dicey at best.  Our basics showed through as lacking.  I’m not sure when this happened, but it’s been progressively worse these last few months and I didn’t realize it had gone so wrong until the pressure of the new environment brought it all out.  It didn’t occur to me exactly why the rides had been hard…and not as fun.  It was because Jax wasn’t with me…and hadn’t been…for some time.

Time to take a step back and reassess.  He has recently had injections and his dental handled, so I know it’s not that.  Could it be chiropractic?  Maybe…but he usually tells us quite dramatically if that’s the issue.  I think it’s a training issue.  My trainer thinks its a training issue.  Jax and I quickly followed up that show with a clinic with a local judge I regularly ride with.  I told her what happened, what I thought was the issue, and what we thought we needed to work on.  We spent the first 30 minutes of that 45 minute clinic working on just getting him to canter on the bit on the left lead.  Seriously.  She agreed that he shouldn’t be showing Training level…much less 3rd if he couldn’t canter any better than that.  So we worked on it.  She gave me some tools to address it.  Then we moved on to lead change work (which she agreed he was also incredibly tricky on…and we gave up and put down a ground pole to help get him to fly in the changes).   It helped…but as she repeated…until that left lead canter was fixed…there was no reason to work on the changes.  It was an extremely helpful clinic and also very gratifying to hear from this person I respect so much that she was seeing exactly what I was feeling and I had made the right call, even with pressure from others to keep on going. 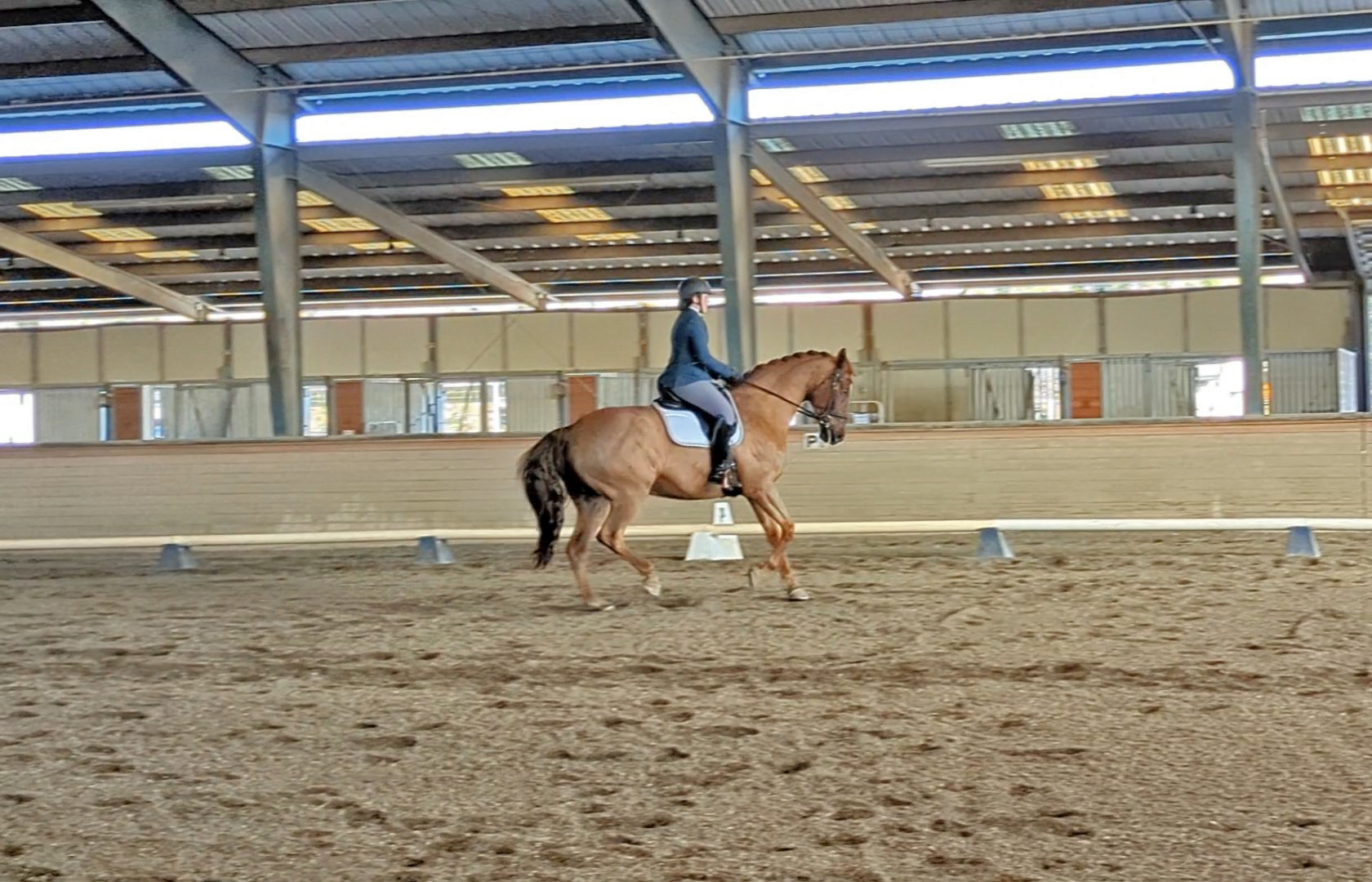 Then yesterday I did something I haven’t done in a couple of years…I had a tarot read for Jax.  Yup…you heard that right.  I did a blog on Nina Fox several years ago now on her horse readings if you want to check that out.  If your not sold on the horse readings, she does a free weekly Tarotcast you can sign up for (let me tell you…she’s often spot on…to the point my husband’s cards have clued him in to some pretty ridiculously accurate (and sometimes dramatic) things).

Anyways…we did a reading for Jax yesterday and first off…she gasped when the cards went out.  She said in her years of doing these horse readings, she’d never gotten a horse that had pulled 3 higher arcane cards…and even more significantly all along his spine.   I’ll do another whole blog about this…but needless to say she was able to clue me into things about Jax that I should have known…but was misinterpreting.  What she was reading also indicated that he needed a step back / slow down.  So that was a very helpful thing to do.

I also happened to finish Dressage for No Country last night…which is a fairly quick read (I think I read it in three evenings).   It reviews the three schools of dressage and points out their holes…and then gives the writer’s feelings and summary on the current state of dressage…where it should be…and a little bit of personal development stuff.  The goal of the book in my mind was to remind readers that this was supposed to be fun.  It’s supposed to be a journey.  It’s supposed to be a dance, a meditation and a high communication with another form of life on this earth.  A reminder that goals and destinations are nice…but they can interrupt and distract from the journey.  A reminder that the pressures of a destination can disrupt the harmony and joy…and more importantly deaden your communication with the horse.  It was a timely reminder of why I do this.  It’s not about scores or awards.  It’s about mastery of an art.

Add that in with all the Pilates and biomechanic stuff I’m doing…it is time to step back.  It’s time to reassess where Jax and I both are.  It’s time to reroute our plans for a little bit.  It’s time to reprogram both of our brains and bodies to fix that left lead canter, our connection/throughness and eventually those lead changes.  I have to remember that the goal…the destination for this horse…is the FEI levels (however high he might go…but certainly PSG).  We’ll never get there if we don’t go back a bit and fix whatever this is that’s happening right now.   Sometimes in the journey, it’s time to make a u turn and go back to a previous intersection because you went the wrong direction.  No worries.

I’m not sure when show season will start for us again…or what level it will be at.  But I’m not worried about that.  It’s time to take a few steps back and get back to the joy of connection with the horse I’m riding.