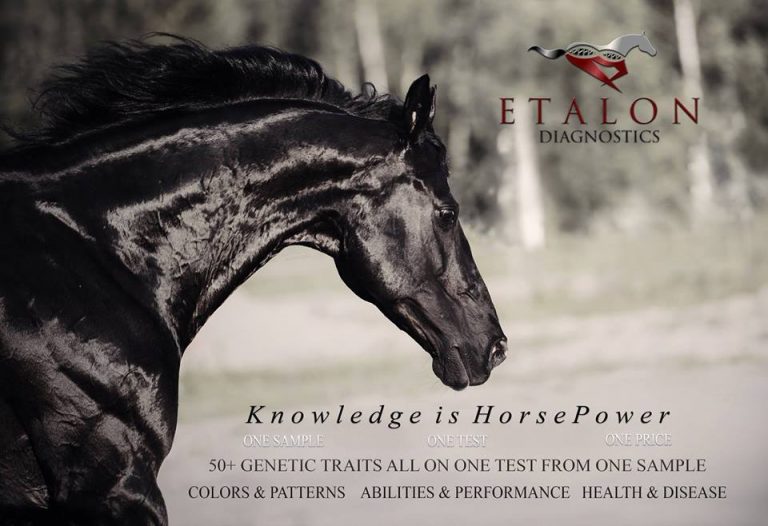 Sometimes you just luck into things…and meeting Christa Lafayette of Etalon Diagnostics was one of those happy moments of fate!  Horse DNA tests that are quick, easy to understand and constantly evolving more markers so you can learn more?  It’s a VERY exciting idea at a very exciting time. When I met Christa at Menlo Charity Horse Show I had no idea what I was in for.  What a pleasant surprise to learn about the work they were doing and how that work was helping people and their horses! Even more exciting is how quickly this technology is coming along.  Since I met her coming up on a year ago, EtalonDX has added several more markers to their panel, are testing/confirming others and are developing an entirely new product which I’ll tell you about below.  It’s an ongoing process of exploration and discovery!

For fun, we set up a blind DNA test on two different subjects.  Usually when you send your samples in, you provide EtalonDX with a little information about your horse, but we thought it would be fun to look at the subjects blind and compare the results of the DNA panel with the actual horses in question.  After the results were in, Christa sent me my results and spent a good hour on the phone with me telling me what the results meant. Here’s the results of both panels below.

Sample 1 – While Etalon didn’t know anything about the samples (not even if they were male or female), I’ll tell you more about her here so you understand more about the results.  Her name is Dulcinea. She’s a 7 year old Oldenburg mare. She stands about 17.1 hh and is the sweetest mare you can imagine. Not marish, very curious, likes people and isn’t at all spooky.  She has had some soundness issues and with OCD lesions found in both hocks, had surgery a little over a year ago. She’s been completely sound since and has lots of talent for dressage.

Color
– Horse has 2 copies of black, so she is a true black and will always pass black to any offspring.

– She has 1 dominant white allele, so she has white markings.

– As a result of the allele count in each, she has a minimum 100% chance of passing Black, and 50% Dominant White 20 to any offspring.

Health
– She has not tested positive for any recessive disease alleles on this panel.

– She carries four IAR Sub-fertility alleles: shown to affect males only.  She will likely have no problems reproducing due to IAR (especially since she doesn’t have “acrosomes” or male sex cells), but her male sons may have a risk of being sub-fertile (an ongoing early study).

– She is negative for Fragile Foal Syndrome (as well as a number of other issues).

– She has an increased risk of uveitis.  5x more likely than sample 2, however, if she did contract uveitis, the severity would likely be milder than what sample 2 might experience.

– She is in the highest risk category for Roaring and is 2-3″ taller than average for a mare for her breed.  If full siblings didn’t carry this marker, they would be 2-3″ shorter.

– This mare has prior known OCD and has been included in our early preclinical study for this condition.

Other
– She is not gaited.

– She carries 2 copies of Endurance, so is an endurance type, not a speed type.

– Temperament tests – “Friendly to people and all up in your business.  She doesn’t run spooking, but looks at everything. Inquisitive.” 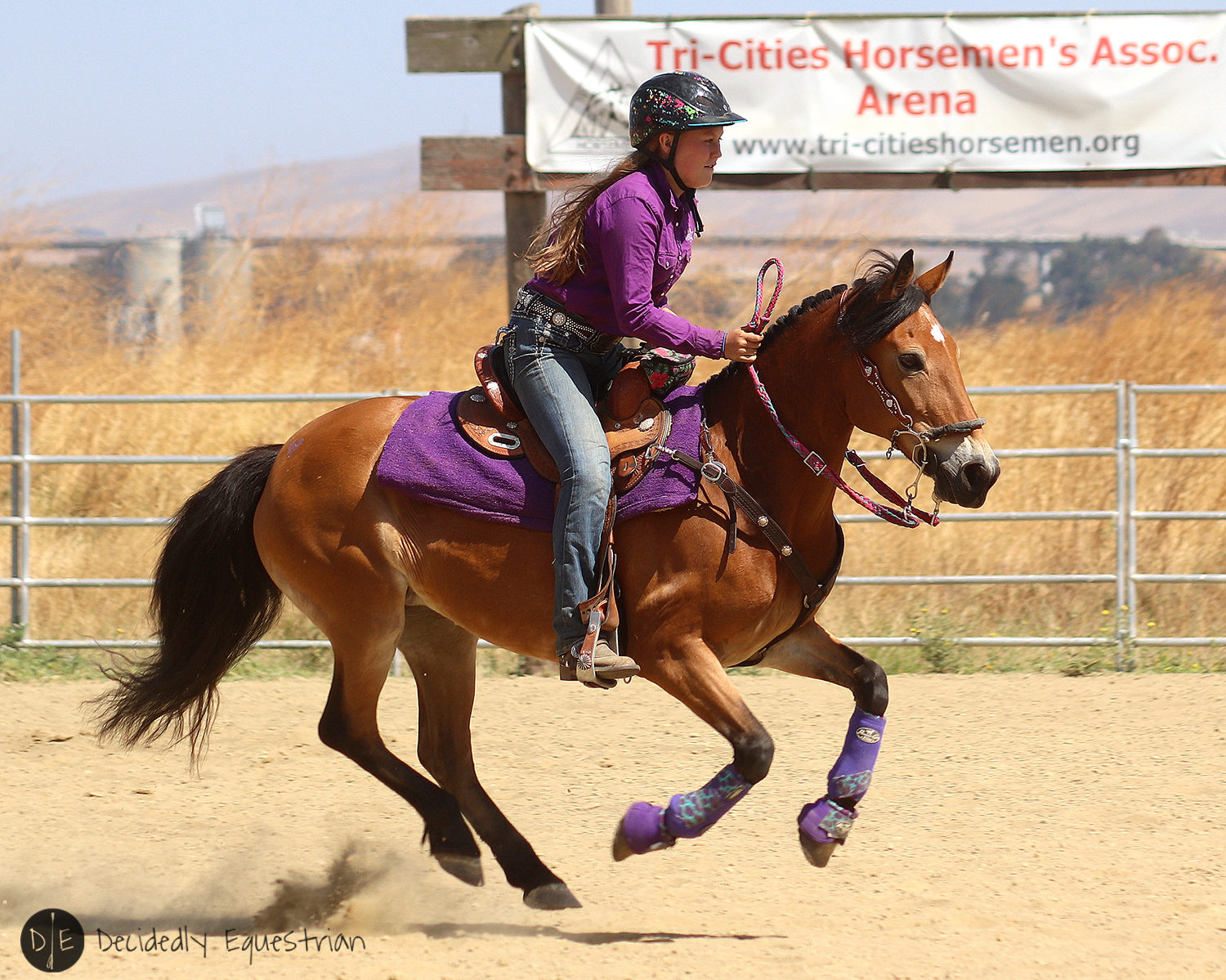 Sample 2 – Sample 2’s name is Summer Star.  She’s a 22 year old Icelandic/Quarter Horse Cross mare.  She stands about 13.1 hh and is extremely fit, forward and healthy for her age.  She is not marish, pretty unflappable, and likes people. She has never had any major health or soundness issues.  She did use to Tolt according to her owners, but it was trained out of her. We have not been able to reproduce the gait on video to provide to EtalonDX for their testing information.

Color
– She has one Red allele and one Black, and one copy Agouti.  In other words, she’s a Bay.

– She has 1 dominant white allele, so she has white markings.

– As a result of the allele count in each of the following, she has a minimum 50% chance of passing Red or Black, and 50% Dominant Agouti and/or Dominant White 20 to any offspring.

Health
– She has not tested positive for any recessive disease alleles on this panel.

– Lowest risk category for roaring and therefore she is small for her breed (unlike sample 1).

– Has lower risk of uveitis, however if she did contract it, ti would be worse than Sample 1’s case.

Other
– She is not gaited – please note that EtalonDX says there are likely at least three suspected markers for gaitedness in horses, and maybe as many as five!  The one they test for now does not show up positive for many Icelandic types. Future development of the tests and confirmation of markers will allow a more thorough understanding of “gaited” horses.

– She carries 2 copies of Endurance, so is an endurance type, not a speed type.

– Temperament tests – She carries 2 copies of Curiosity, so she’s friendly and more inquisitive, but more aggressive/not spooky at all.

I found that both tests were pretty spot on for both horses other than the mystery gaited thing…which I honestly can’t say if the mare is or isn’t gaited at this point.  I thought I remembered that she used to Tolt back a decade or so ago when they first got her for training, but having not been able to get her to do it we can’t prove that she’s gaited.  While the EMRT3 variant has been labled as “the gait” gene, we know two things: 1) DMRT3 was originally called “loss of canter” due to the behavior observed in the earlier horse populations in which it was studied (they did not canter), and 2) it is thought that there are as many as 5 variants responsible to various “gaits” within many breeds (for ex. the “Indian Shuffle” in Appaloosas, or the smooth gaits in many Marchadors, a South American Breed known for it’s smooth gait).

I also found it really interesting that nothing really major showed up in both tests.  Both mares showed up clean for almost everything health wise which is amazing since I chose two horses on the opposite side of the spectrum.  My thoughts were that a huge, black young warmblood with lameness issues would come back significantly different than an old, sound and health tiny Icelandic/Quarter Horse cross.  While there were minor differences between the two, the panels weren’t all that different after all. I guess I should be happy that both tested clean of any known recessive gene issues! 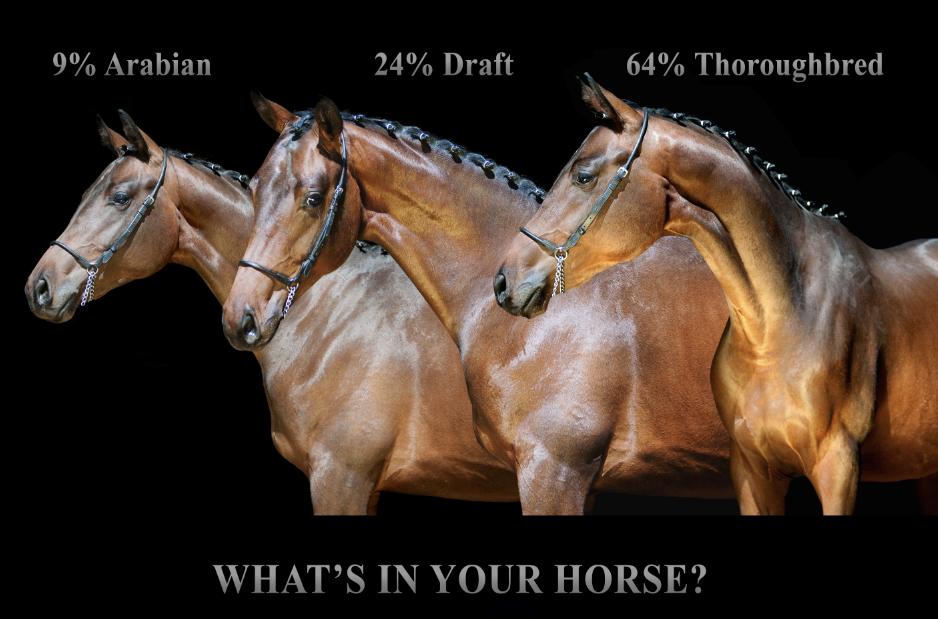 Now onto the future!

I’m excited about the ramifications of this new product because it shows how important lines within breeds that focus on specific disciplines are rather than the breed itself.  I find it fascinating that horses successful in the same discipline (dressage for example) will look like each other compositionally in the group type break down and that a Jumper Oldenburg and a Dressage Oldenburg will look totally different compositionally.  I think this product will be really helpful in judging a foal before training to see what their ideal sport might be based on their genetic make-up. Interesting right!?!