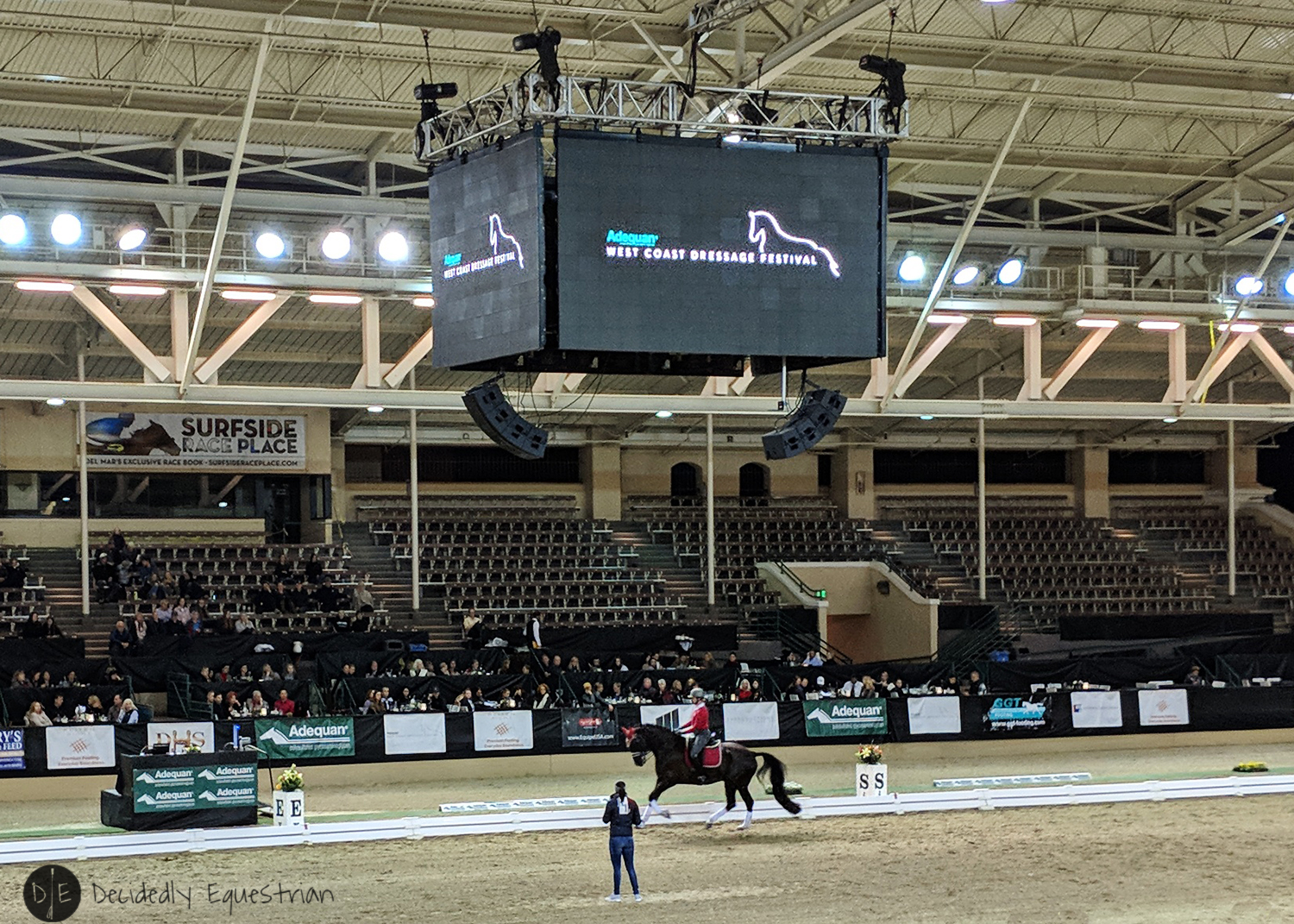 This past weekend I had the time (and fortune) to get down to Del Mar to attend the Charlotte Dujardin Masterclass during the last weekend of the Adequan West Coast Dressage Festival.  I’ve been trying to see Charlotte in person for a couple of years now and the stars finally lined up.  After a 9 and a half hour drive down from the SF Bay (eek!), we made it just in time for the evening’s event.

The weather was a bit brisk for San Diego, but beautiful if you’re from anywhere else.  The show set up was fantastic, with several rings going, lots of vendors and great VIP areas.  Food choice was a little lacking if you didn’t have the table with dinner tickets…but horse show food so often is. Entertainment was provided after the last Grand Prix rides of the day in the form of a quite amusing relay race that ended up with quite a few bucked off the bouncing ball and a couple almost bucked off the pony.

Charlotte came out about an hour later than billed, but that was fine with us.   There were only three rider and horse combinations this masterclass which gave each rider a lot of time with the already legendary Olympian.  Charlotte was full of wisdom and wit and had a few great lines including, “did you have a drink before you got on for your ride?”  She was quick to call out mistakes, but just as quick to note progress and correct riding.  I assumed there would be a live stream of this event as there were the other masterclasses…however they chose not to show this one for whatever reason.  Lucky for you I videoed about half an hour of the almost 2 hour masterclass.  Enjoy!