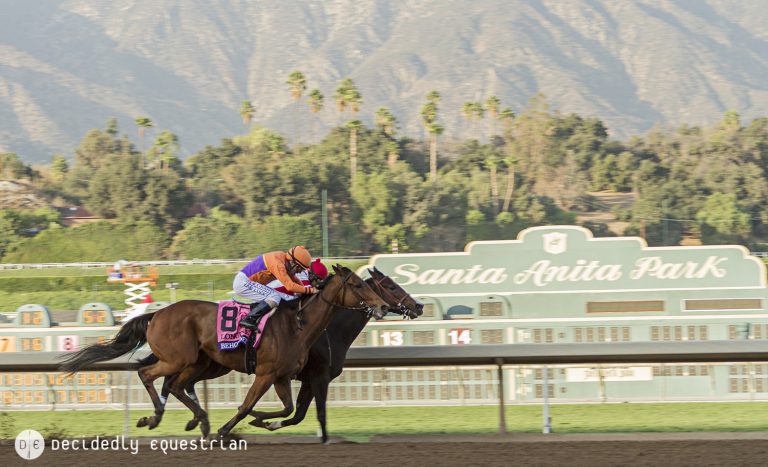 The Breeders Cup this year will filled with both champions and disappointments.  Even those that disappointed (and lost) still managed to walk away with as many…if not more fans than they did before.  Not one favorite won any of the Breeders Cup races (usually favorites win a little over 30% of the time).  By the time the Classic came around, I had a sense that Chrome maybe wasn’t supposed to win this one…as the racing gods had turned away Lady Eli, Songbird, Found, and Tepin.  My dread was well founded and Chrome was beaten, though not by much.

Here are my thoughts on the winners. 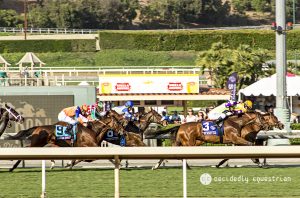 Juvenile Fillies Turf – New Money Honey – This is usually a race to be won by European breds, but not this year.  New Money Honey, by Medaglia d’Oro won this pretty convincingly and I can’t wait to see how good she actually is.

Juvenile Turf – Oscar Performance -Put in a solid race with quick closing fractions.  A few others had good races as well, but this guy came out on top.  Oscar Performance, by Kitten’s Joy and out of the Theatrical mare Devine Actress is a full brother to Grade 3 winning (and Kentucky Derby starter) Oscar Nominated.  The future is bright for this one. 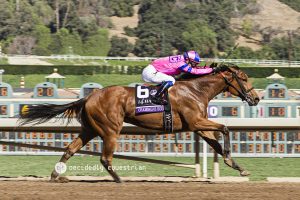 Juvenile Fillies – Champagne Room, Valadorna, American Gal – This was a race!  I find myself excited again by the fillies and the top three finishers are no slouches.  American Gal had an awful trip and still managed 3rd (I think she was clearly second best…or maybe even the best).  Champagne Room ran away from them in the stretch and Valadorna looks like she has some nice graded wins in her future.

Turf Sprint – Obviously – To be honest…I didn’t care about this race and I still don’t.  I find it hard to believe that they discontinued the Breeders Cup Marathon…but left this race in. Sorry Obviously.  No offense.  You ran a great race!

Filly and Mare Sprint – Finest City, Wavell Avenue – This particular race hasn’t interested me in the last few years, but Wavell Avenue was one of many BC winners from 2015 that manged not to win this year…but put in a good race anyways. 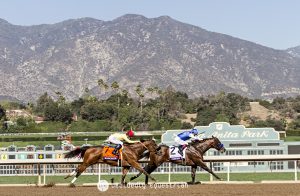 Sprint – Drefong – Great sprinter that was at the top of his game Saturday.  I hope they race him next year!  Bob Baffert is a freak.  That’s all I can say. 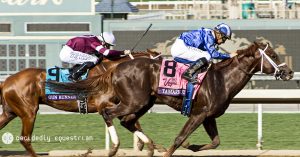 Dirt Mile – Tamarkuz, Gun Runner – I was super impressed with both of these horses in a field that was supposed to be dominated by Dortmund.  Gun Runner continued his consistency and I cannot wait to see him next year.  Tamarkuz nailed him in the stretch and was a popular winner with the wise guy betters.  Dortmund flopped (perhaps he lost his courage after getting spanked by Chrome in his last several).

Mile – Tourist, Tepin – A hearbreaker.  The great Tepin, last years winner and a winner at Royal Ascot this year had a less than ideal trip and lost this racing closing like a freight train.  Tourist on the other hand had a dream trip.  Tepin was clearly the best… 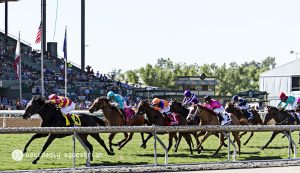 Filly and Mare Turf – Queen’s Trust, Lady Eli, Avenge – Another heartbreaker…but this one was even closer.  A nose.  Lady Eli ran into a solid Euro turf mare in Queen’s Trust and got nipped at the wire.  Lady Eli, the mare who’s life was once at risk from laminitis not that long ago has launched a furious comeback and has proven herself as a real fighter.  I LOVE this mare.  I also love Avenge.  Tenacious on the lead, she does not give in easily and fights to the end. 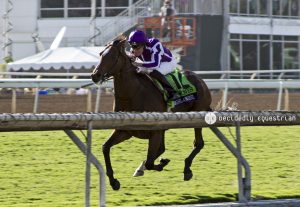 Turf – Highland Reel, Flintshire, Found – Euro 1-2-3.  Not a surprise, but the order was!  Found, the winner of this year’s Arc de Triomphe…and winner of last year’s BC Turf, could do no better than 3rd in a bit of an upset.  Flintshire (who has been beating up on the US turf contingent all year) continued his run of “big day” 2nd places.  This horse is as solid as they come and has been been 2nd in the Arc de Triomphe (twice), Breeders Cup Turf (twice), Dubai Sheema Classic, Coronation Cup and others.  I’d love to own him.  Highland Reel (2nd in last month’s Arc de Triomphe) pulled a fast one (or his jockey did) and they ran away with the race.  Playing catch me if you can worked out and they pulled of a mild upset.  Also a solid race horse, I wouldn’t mind owning this one either. 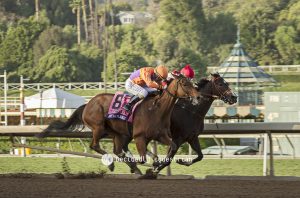 Distaff – Beholder, Songbird – A race for the ages.  Shades of Go For Wand/Bayakoa (though without the tragic ending), this race was the loudest of the weekend (even with a significantly smaller crowd).  It’s only a pity that the race was Friday and they didn’t get to display their greatness to a crowd of 70,000+.  Both mares walk away champions and Beholder, while not the favorite walked away a popular winner into her retirement.  This is a race I (and many) will never forget.

Classic – Arrogate, California Chrome, Keen Ice, Hoppertunity – Looking at the top 4 finishers…they were my selections…excepting flipping the top too (because I’m a Chromie to my core).   The win of Arrogate wasn’t really a surprise, but it wasn’t super popular either (the crowd cheered for Chrome as he walked by, but the cheers for Arrogate were quieter).  Chrome and Arrogate ran the third fastest BC Classic ever (American Pharoah’s time was just a hair…literally a hair…faster).  The other was Ghostzapper who was one of the fastest horses to ever run.  While Chrome didn’t finish first, he still won Horse of the Year with this performance (backing up his entire year) and running the fastest mile and a quarter he has in his whole career.  It took a few mistakes on Victor’s part and a monster in Arrogate to beat him.  It was 10 lengths or so back to Keen Ice (who was my long shot pick to upset after he was supplemented last second).   Hoppertunity was 4th…because this horse is nothing but consistent.  The only race he’s been worse than 4th in his 23 starts was his first race.  He’s gotten a paycheck in every single one of his races since.  Amazing.

All in all it was a memorable weekend if not for the right reasons.  With several storybook endings ruined by the results, one result stands above all of them.  Beholder beating Songbird by an inch.  Yes…just the flair of a nostril.  This race was one I’ll remember for life.  Those two mares (if you’re being picky…mare and filly) laid it on the line and displayed what true courage, grit and talent can be.  Neither of them deserved to lose, but both come out Champions.