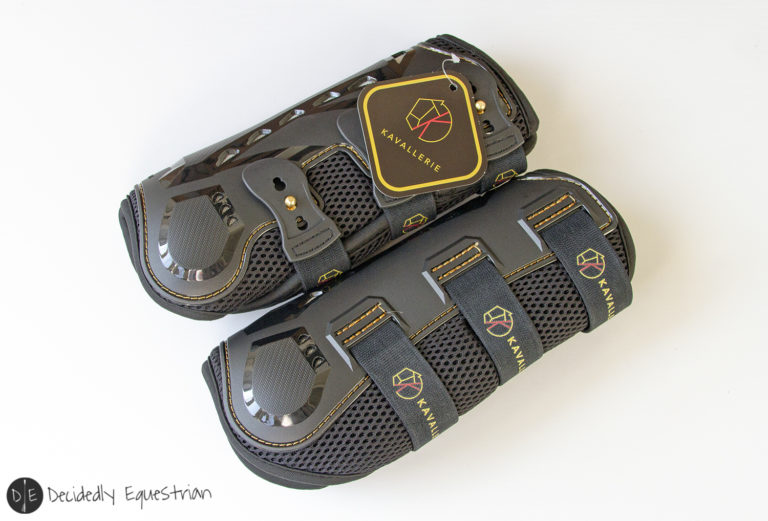 Before I get into it, I will let you know if you’re interested in purchasing from Kavallerie, they provided a discount code from DE readers!  Use code RACHEL10.

Onwards!  I was recently contacted by the brand Kavallerie to do a review on one of their products.  I haven’t heard of the brand previously, but no matter.  I’m willing to try any and everything from equestrian brands.  Just because they haven’t been on my radar, doesn’t mean it’s not worth looking into!  Well,  within a few days I received the Pro-K 3D Air-Mesh Dressage Boots.   Read on to get my full review or scroll down to watch the Youtube video review. 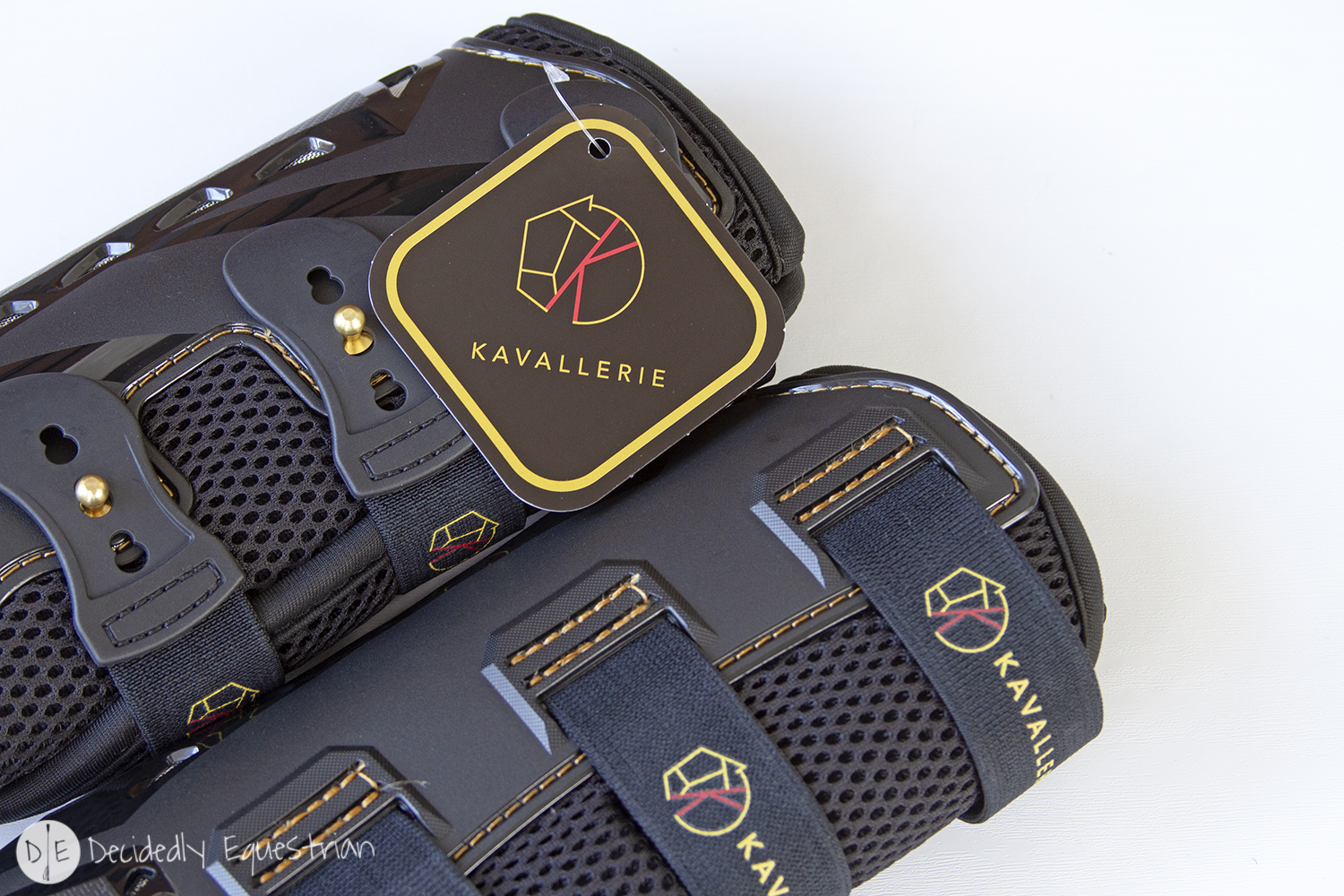 I didn’t have any particular thoughts on what these were going to be like, but I will say the quality actually impressed me upon arrival (so I guess I did have some expectations…but those were beyond met).  The stitching seems solid.  The materials are nice.  The design is clever and the more I looked at them, the more I liked them.  I was worried about the sizing as I kinda guessed…because I missed that the size chart was in the images…not text on the right (like I was looking for), but the sizes I picked were probably best for Jax.  I got Large for his hinds and Medium for his fronts.  While the larges are a tad large and the mediums are a tad small…doing mediums in the back wouldn’t have worked, and doing the larges in the front doesn’t work either, so the choices I made were the best fit. 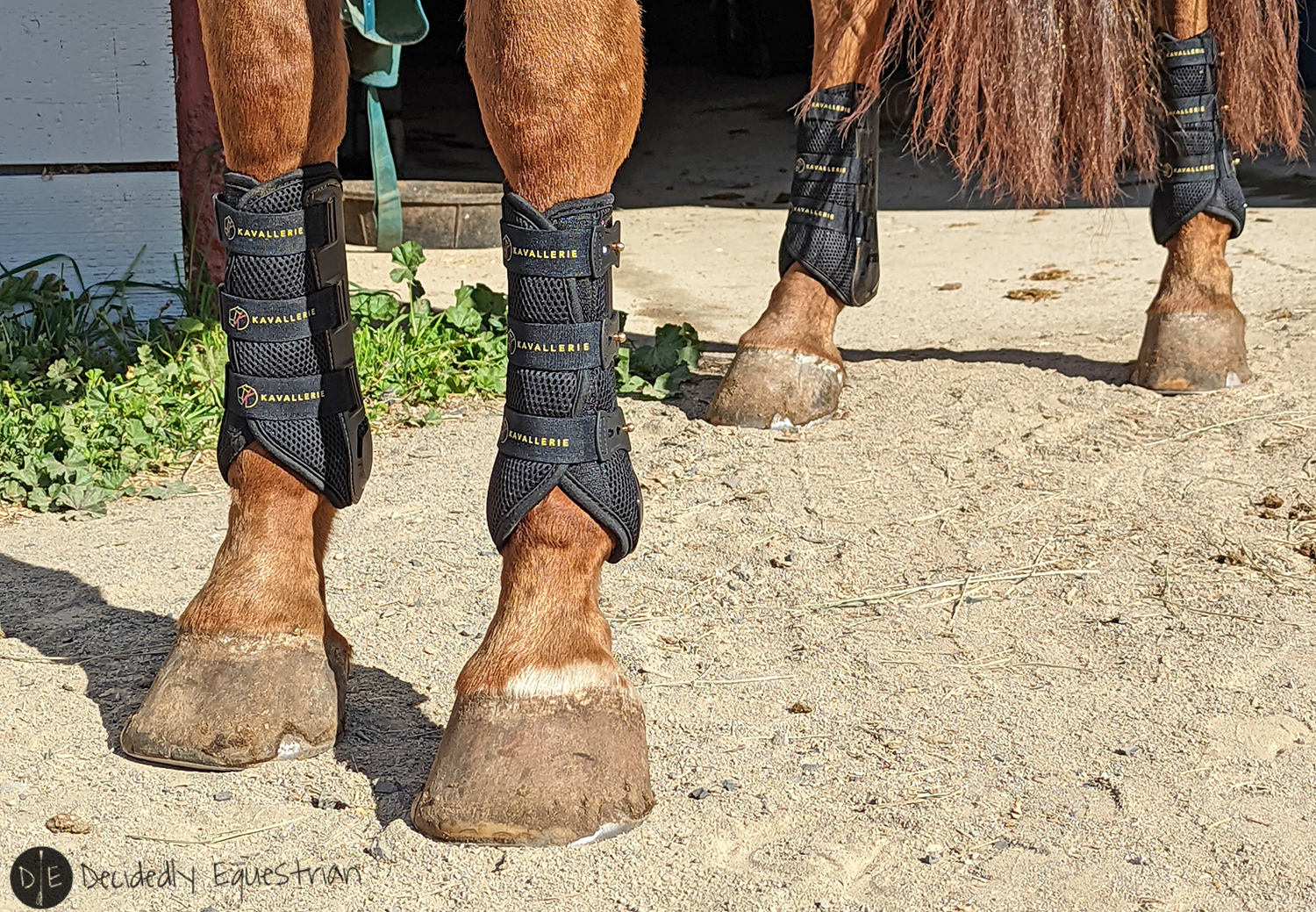 The performance is great.  They are super easy to take on and off.  The perforated padding and the vents kept Jax’s legs very cool and un-sweaty.  The boots didn’t’ attract arena sand.  He didn’t love them at first and was trying to kick off the hinds, but he’s often like that with new boots.  He settles into them once we start moving and there are no problems.  They are also VERY easy to clean.  Either wiping them down with a damp rag or hosing them off.  They dry pretty fast in the sun.  They’re also machine washable and dryable…but I haven’t done that yet as I try to not beat up my washing machine so as to not have my husband give me the death stare. 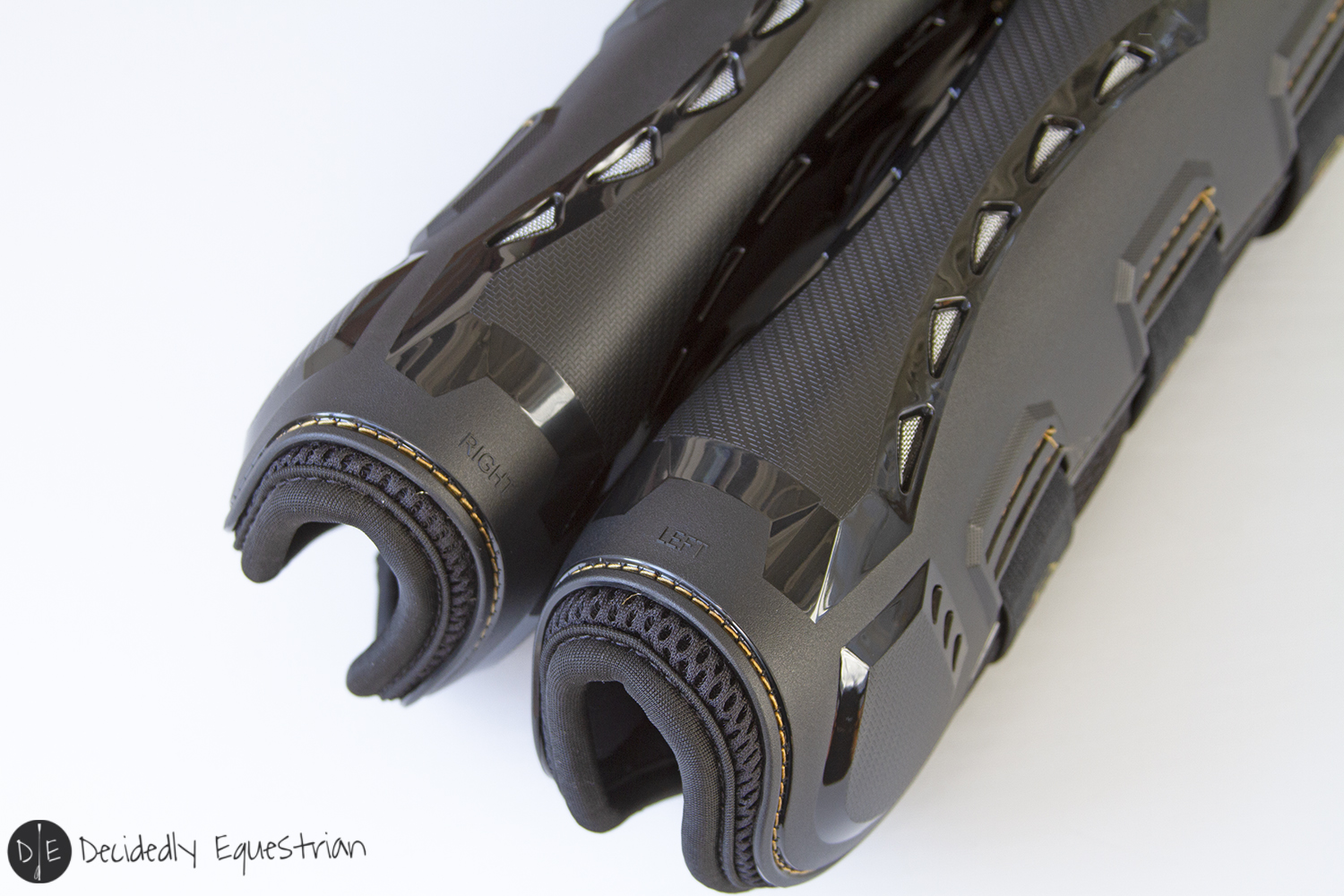 Aesthetically, I wasn’t sure I was going to like the gold on black, as I’m a more colorful kind of gal, but I went for that color over the white as my other white boots went gross really quickly and keeping them white is just a losing battle.  I figure long term these will look better.  And they’re actually quite pretty in person.  I’ve gotten a lot of compliments on them at the barn already. The only thing I wish is that the inset mesh on the back of the boots for airflow matched the gold/brass of the knobs and stitching.  That would have made them even more flashy. 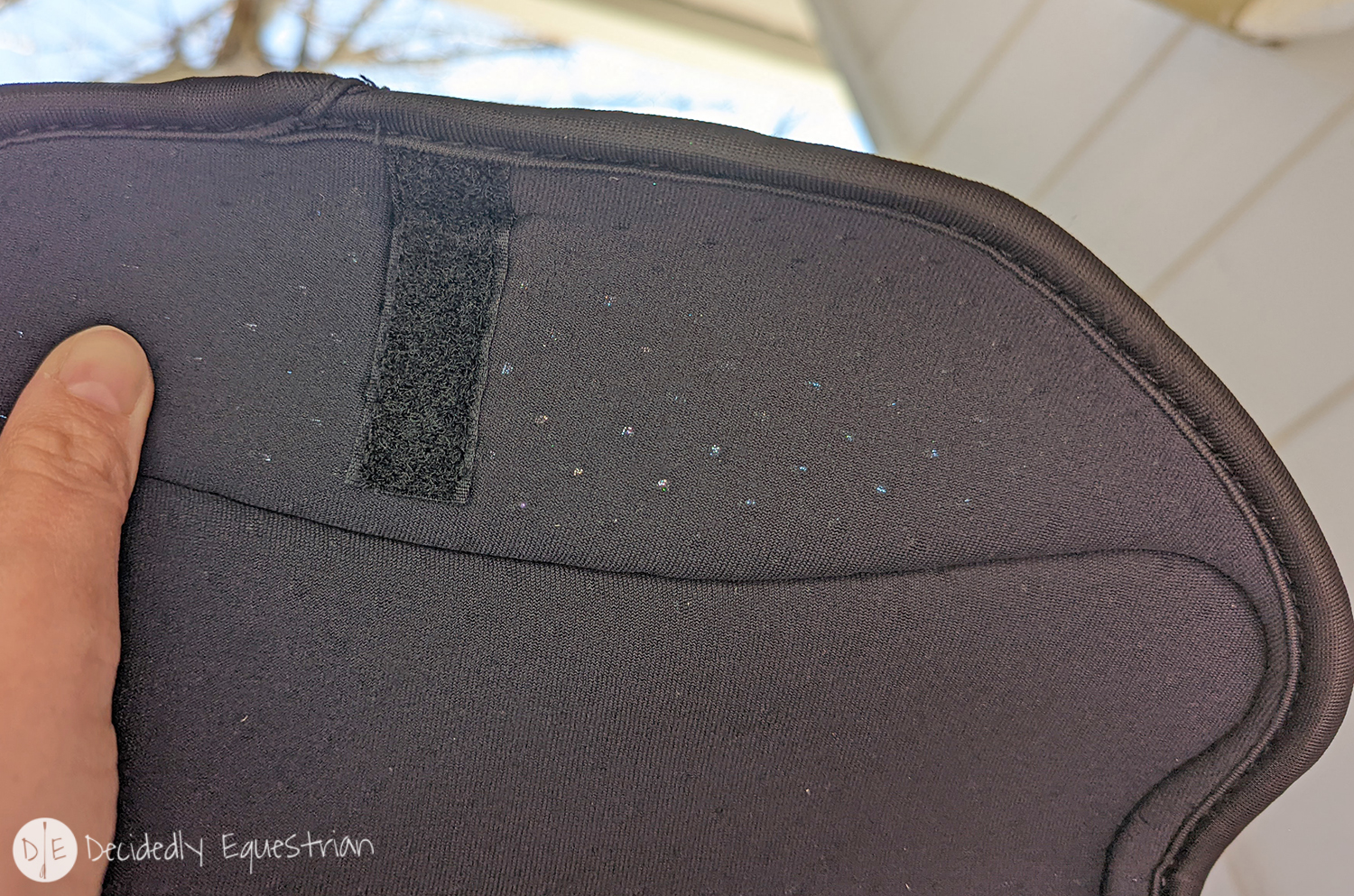 Price wise, they’re kinda in the middle.  There are similar boots on the market for less and similar boots for more.  I do think the price for the quality is good, especially with a coupon, but the jury is out long term how long these hold up (I will update this review if I have any quality/wear issues over time).  If they hold up well, the value goes up a lot. 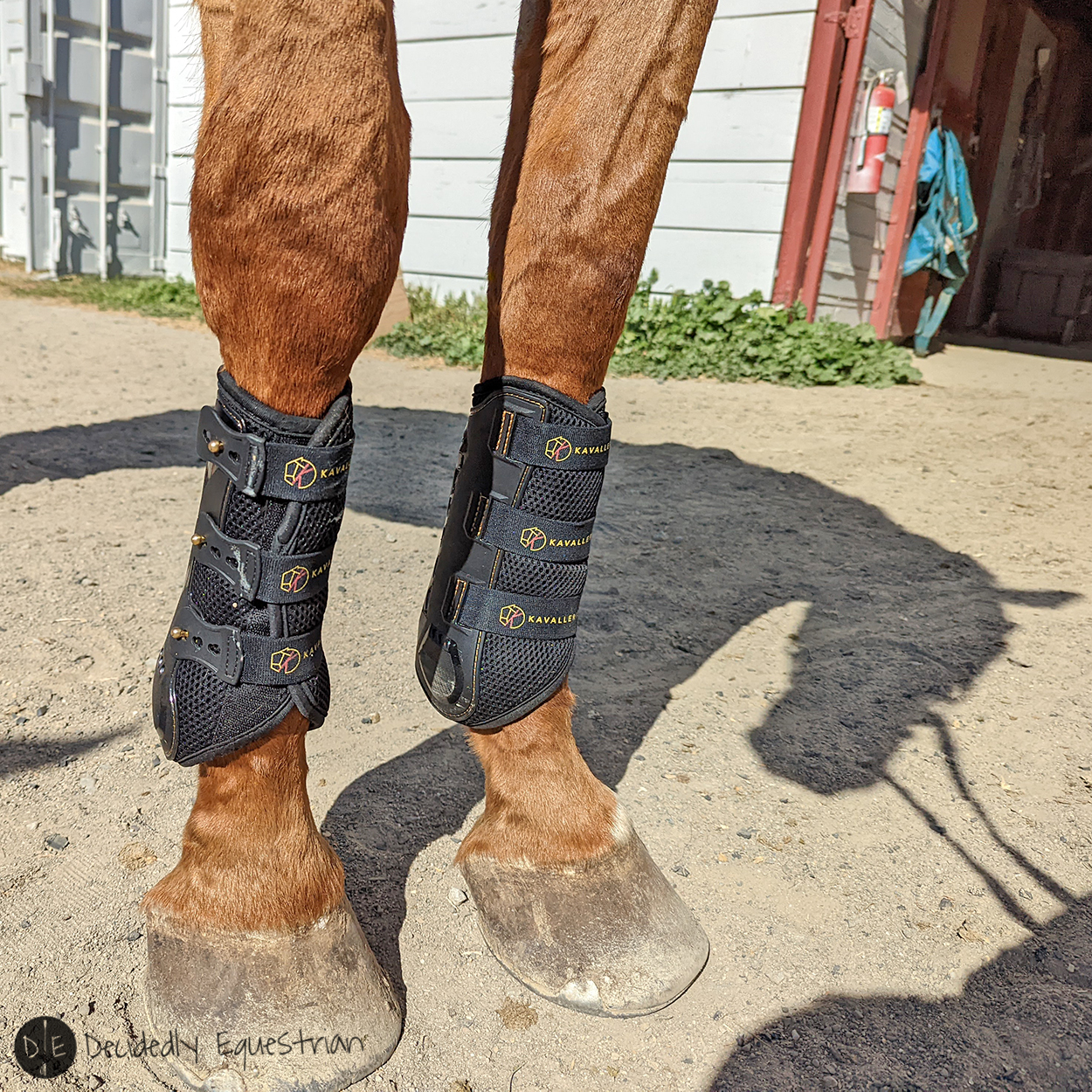 I’m quite happy with these boots and will certainly use them until they die (which will hopefully be a long time from now).  I will update the review later on if I have any quality issues that arrive after long months of use.  Now that I’ve tried them, I would buy them again to replace these when they wear out.  It also tempts me to try out some of their other products because I liked these so much.

If you’re interested in purchasing from Kavallerie, they provided a discount code from DE readers!  Use code RACHEL10. 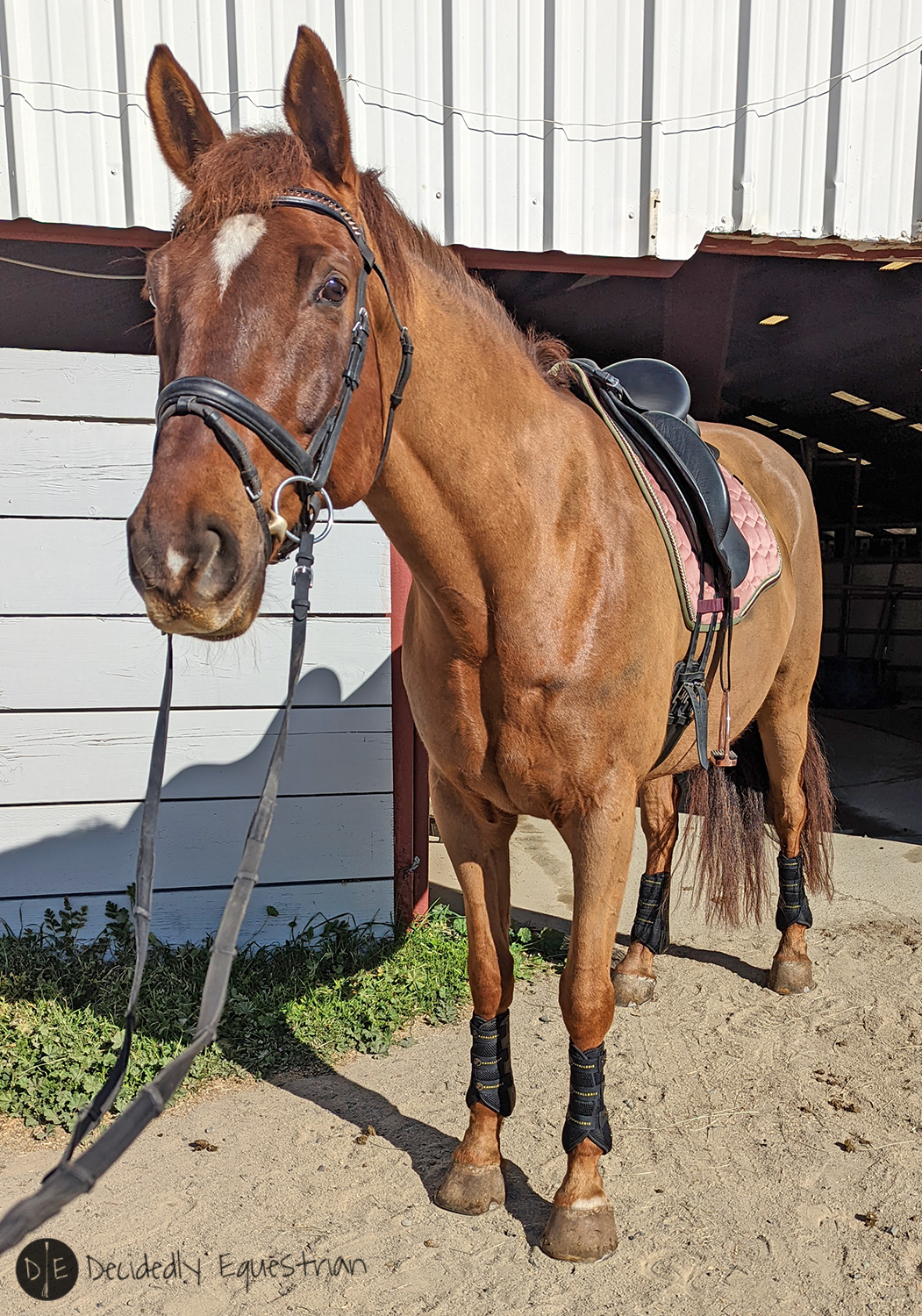