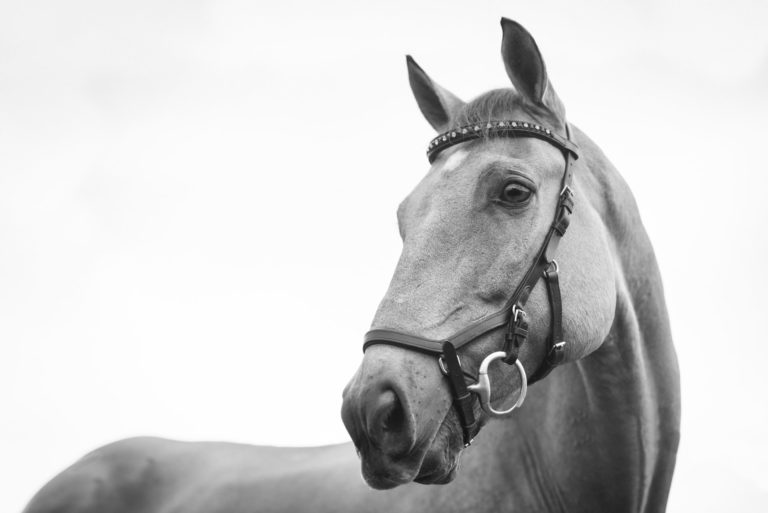 Your Riding Journey – The F Word

Back in February I wrote about things that were holding riders (like you and me)  back.  One topic I didn’t really address for a good reason (it’s loaded as hell!) is FEAR.  I felt that there was no time better than the present (when the entire world seems to be frozen in fear) to discuss this.

I’m not a professional.  I can’t cure your fear.  But I am an expert at fear (because I am a chicken).   So maybe I can help you?

Personally, I’m not without fear…but I have found lots and lots of ways to cope with fear.

The biggest thing I try to remember is that fear is an emotion.  I can feel sad.  I can feel angry.  I can feel happy.  I can’t really control those things.  But I CAN control how I react to them. That is the number one rule with Fear (or any other negative thing your “lizard brain” brings up.

There are different levels of fear.  And those different levels manifest differently for everyone.  Some verge on mild concern.  Others can cause sweating, shaking, nervousness, vomiting, fainting, or straight up refusal to ever put your self in a situation where the scary thing is even possible.  Some things…like PTSD are even more dramatic (however even that is workable).  Overcoming your issues is not impossible.

I find fear around horses to be an interesting thing.   For one…horses are some of the most dangerous animals you can subject yourself too easily in our modern society.   They weight 1,000+ lbs.  They move fast.  They react faster than you can even pretend to.  They are afraid of everything.  They have incredible power in their hind legs to kick you to kingdom come (or buck you off), they have a nasty bite…they can strike out at you, run you over, body slam, knock you over with their head (or knock out teeth).  They are dangerous as hell.  And when you add voluntary danger to that (aka jumping aka trail riding aka going to horse shows aka trailering…etc) well…we’re all f$*#&[email protected] nuts.

If you’re really into horses…you already know how to manage fear…or you would have never gotten on one to begin with (or even touched one).  Or maybe you’re just crazy.

Situation 1:  I have a bad experience riding a horse and I fall off it and injure myself…or maybe I just lose control of the horse for a few minutes.  Or maybe the horse bucks once.  Or maybe it rears.  I can do any of the following.

Okay…so some of those are extreme.  But I’ve seen the gamut.  What makes people make different choices with their fear?  Sometimes it’s the severity of the situation (a really really bad injury or extremely terrifying situation…though I have seen overreaction to someone falling off because they lost their seat at the canter in the arena as well).  Sometimes it’s simply personality type.  Sometimes it’s how you’ve been taught to deal with fear.

I will tell you…as you know…the only person the fear is hurting is yourself.  Especially if you are person #2 or #4.  If you let your fear dictate your life and remove things that used to be fun to you…you are being controlled by your primitive brain.

You do have a choice in the matter how you react to what your body is throwing at you.  Mind over matter. You have decisions to make in the moment.

I also grew up in the land o snakes (that is Arkansas).  Seriously…there were at least two times when I was young that there was a snake in our house (unintended) and one was poisonous.  We had copperheads, water moccasins and rattle snakes in the area I lived, along with a gazillion non poisonous species.  I literally had to watch my step going outside.

At one point, my brother had one of those lime green grass snakes as a pet…in the house…on purpose.  I wouldn’t go in the room where the snake lived…I was super thankful when it died.

I spent YEARS working on this fear.  I’m still working on it.  What do I do to deal with it?

Well when I was in high school I worked at Petco.  Petco sells snakes…or at least they did when I was there.  I forced myself to walk by the snake cages every single freaking day…every time I went to the bathroom.  Every time I went to the fish department.  Over and over and over and over.  At first, I had a quiet panic attack each time, but as time went on my “decision” to stop being stupid over it won out.  By the time I left Petco I could reach in and pick up a Ball Python for a customer and ring them up.  Now this isn’t to say I defeated the fear.  When I surprisingly came across a loose one in the store I had a full blown meltdown.  Like…had to get sent home for the day.  But when I made the choice…when I used the human part of my brain to shove down that animal part, I could face the fear.

Now am I totally okay with snakes now?  Hell no.  I don’t go hiking because there’s too much of a risk of snakes.  I avoid going outside in nature areas during high snake season.  When I hear one is in the tack room, I don’t go in the tack room.  I avoid letting the terror take control by not putting myself in a situation where the terror can get the power over my rational mind.

Situation #3:  The self fulfilling prophecy.

I am taking jumping lesson and I’m 30 years old.  I’ve only taken a handful of them ever.  This is maybe my 5th jump lesson.  I walk into the arena and see a bounce gymnastic set up and say…”I’m going to die.”  An hour or so later I am on the ground in a ton of pain.  I get up after a few, watch the trainer work the horse through the jumps, then I get back on and jump a few more jumps (decision 1 made…get back on the damned horse).  Was I afraid…yup.  But I knew that if I didn’t get back on then, I would have a much harder time getting back on next time.

Lesson over.  Put horse away.  Get Spice ready.  Go mount up to do a schooling ride for him.  (Decision 2, push on through any wiggling thoughts about falling off again today).  I get back on…I’m in excruciating pain, I get off, put him away and drive myself to the small injuries clinic (nope not the ER…because I’m not bleeding and I can walk).   Turns out I have a bone bruise involving my sacroiliac joint.  Feels awesome.  I am told 2 months no riding.  I’m back on in two weeks because I’d rather ride in pain than not ride at all.

So…fear is a funny thing.  If you give into it before you really need to (which I did that day by saying “I’m going to die”) you can set yourself up for a self fulfilling prophecy.   I planted the seed in my own mind and guaranteed myself injury.

My Rules for Overcoming Fear

So I know that this isn’t even remotely close to a full run down on fear.  That would take books and a PHD.  There’s so much more to be said…and then there’s real trauma and PTSD…but as mentioned before…even that can be helped (find the right specialist to talk to!).

However, sometimes just taking the time to think about fear and what it does to us if we allow it can sometimes be enough.  Most fear can be controlled and redirected by the more sophisticated parts of our human brains.

Remember…nothing worth doing isn’t a little scary.  Also…you’re a horse person.  You’re already a brave badass… they are big scary animals.  And also…if you’re like me…it helps to have the mindset that if I’m going to die…going by horse isn’t the worst way to go.

Ride on and be brave!