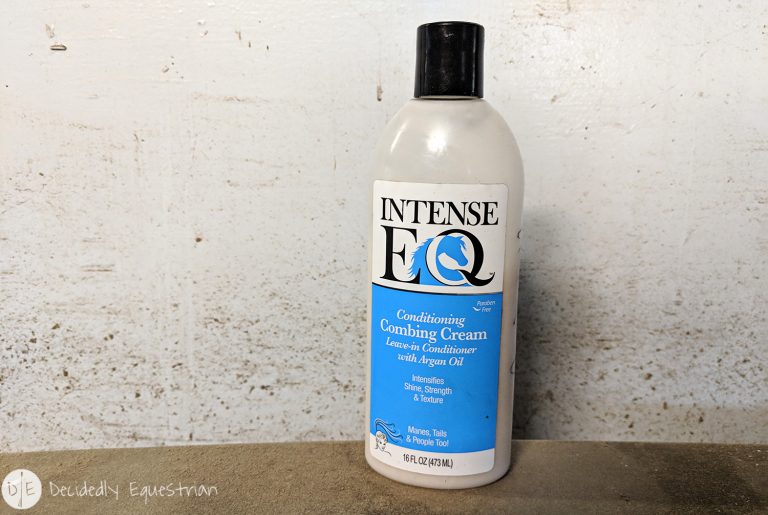 I picked this up on a whim…because who doesn’t want more grooming stuff? I know I have way too much of it and I’m always trying to use stuff up before I buy more…but that rarely happens with sales, new products coming out and random discoveries of yummy smelling stuff I must have.

The Intense EQ Conditioning Combing Cream is a cream, not like your typical tail detangler, so it works a little different.  I usually use a fairly generous amount, spread it in my hands and work it through the tail until it’s pretty evenly distributed.  If you don’t, it will glob on one area. 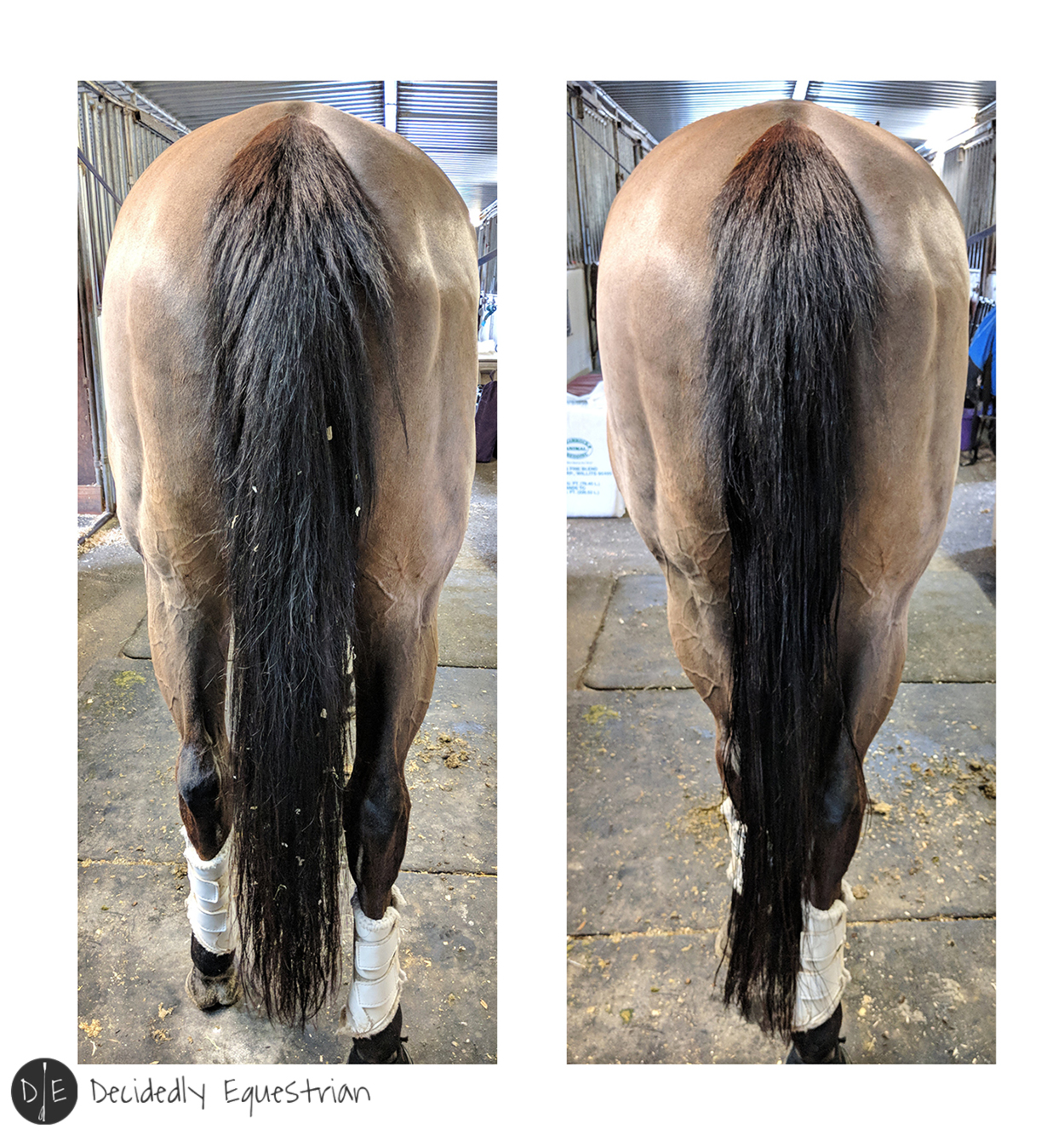 It is basically a leave-in conditioner that helps with frizz, conditions, knocks down static, improves shine and improves the health of the hair.  I think it does an admirable job of all of those things, but it doesn’t drastically improve the tail over time like some of the oils I’ve used.   Because of its formulation (using argan oil, silk and botanical extracts), it can be used on people too.  Oh and it smells like heaven…

It also helps with de-tangling, but it isn’t as good at that as many of the silicone based detanglers on the market.  I do find it a bit tacky in texture and want to wash it off my hands after applying it.  I also think it tends to attract dirt more than I’d like.

It has a very good value for the size and a bottle lasted me a really long time (even with almost daily use).

I likely won’t buy it again, simply because I like several other products better, but you might like this one more due to the texture, application method, etc.  All in all, I think it’s a good product that does its job fairly well, but isn’t as excellent as many of its competitors that come in various formulations.