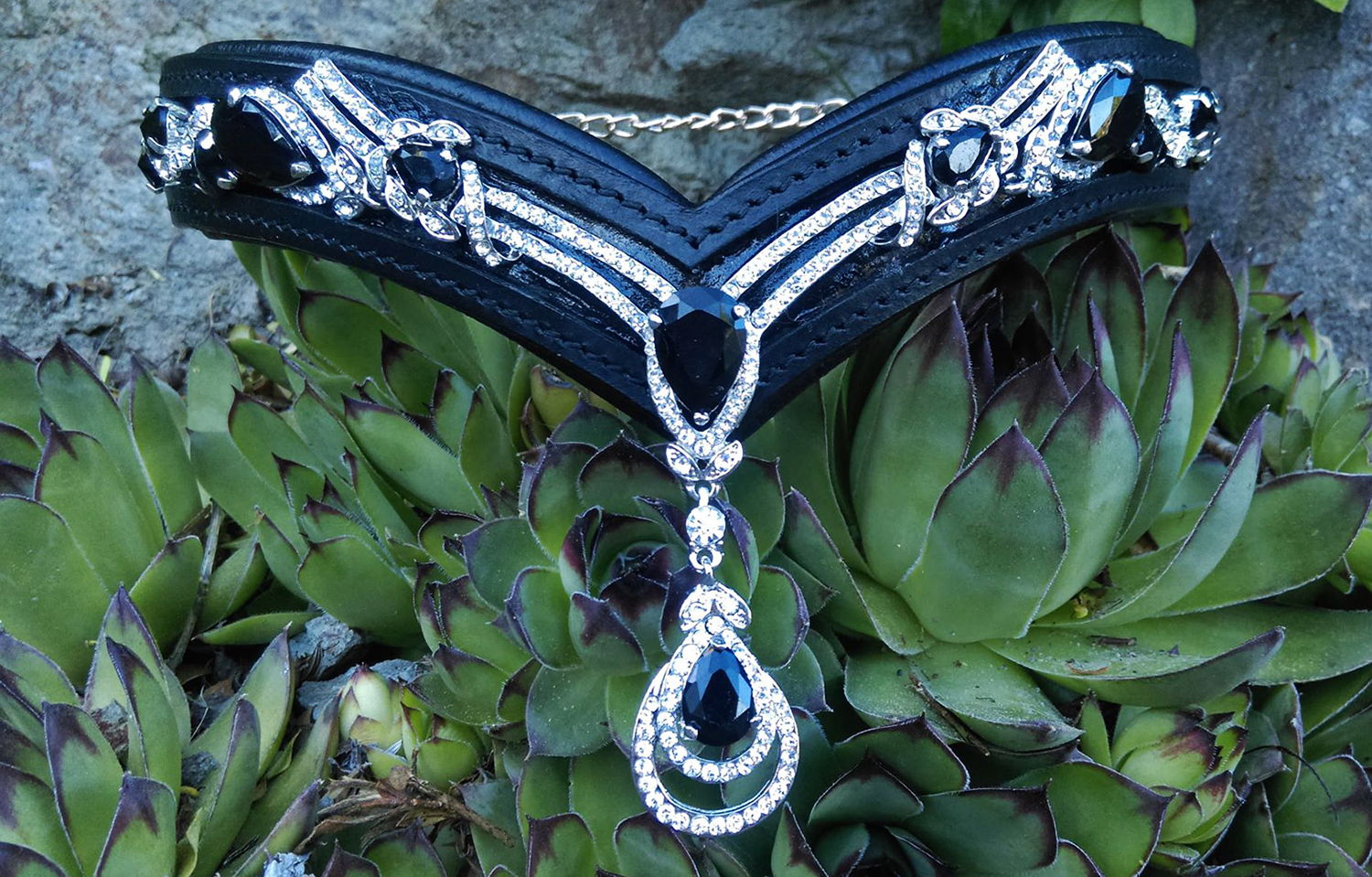 Stand out in the Ring with Maiko Duchesse Browbands

When I was first contacted by Maiko Duchesse Browbands, I was initially hesitant to say yes to a review.  Why?  Her style was just SO MUCH different than mine.  So blingy, so shiny, so big, so dramatic (though drama suits Spice’s personality just fine).  Her things to me looked like they’d be great on something with a dramatic head – a Friesian, a Flashy Spanish breed, a sea-horse headed warmblood, or an Arabian.  I really didn’t think there would be much she could do that might flatter my plain faced Thoroughbred.  After some talking and photo sharing, I decided that it would be an fun experiment and challenge to see if I could like something with so much sparkle and so we started the process of making my perfect browband. 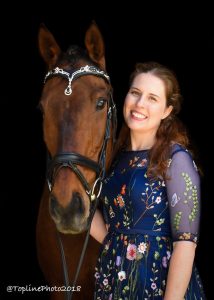 And MAN was it a process.  I want to say first and foremost that Anja was the easiest person to work with ever.  I was pretty much a difficult princess and was like…”Nope, nope, nope, nope.  I kinda like this…I kinda like that.  I kinda hate this.”  We had to have gone through several hundred images trying to nail down something I’d like.  She was insistent on finding just the right design for me, which was refreshing.  She didn’t try to push her latest creation on me, but really worked with me to give me exactly what I wanted (even though I wasn’t sure exactly what I wanted at first)!  With my descriptions as a guide we ended up on an “art deco” kind of feel and something that wouldn’t be too distracting in the dressage ring and then she sent me this idea.  All it took was one look and I was like “OMG YES!  This is it.”

The design turned out even more stunning than I could have imagined and I got a TON of compliments on it at my first day out at the barn and even more at the show grounds.  I eventually had to take the dangly bit off as once fly season started in earnest…Spice started tossing his head in protest (I’m assuming he thought it was an annoying bug), but the bridle looks just as beautiful without the dangly bit, so we’re keeping it that way for now (but Anja devised a way I can take it on and off easily without damaging the browband…which is awesome).  I’m still get comments on it almost daily and have a couple of teenager at the barn lusting after their own bling. 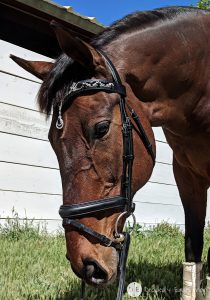 On top of Anja’s patience with me finding the perfect style, she also was more than happy to have the leather browband made to order to work on my tricky to fit bridle from Lund Saddlery (needed extra wide loops).  That’s been hard to source when I talked to other browband makers…so I was thrilled when she said she could do it.  The leather browband is good quality and I have no issues there. 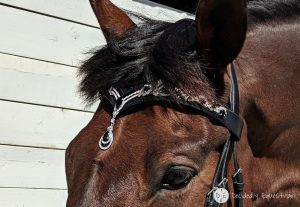 I’ve only got one real knock against the browband I received and that’s on durability (so I can’t give her a perfect score), but there’s a caveat there.  The sewing is excellent, but I’ve already lost a large black gem out of the side portions of the browband and had another fall out that I put back in!  Thankfully she was already on top of it and included a number of replacement gems when she sent the browband (and was using my browband as a bit of an experiment since I wasn’t a paying customer).  She wanted to test if she needed to glue the gems in on this particular bit of bling since it wasn’t as sturdy as the other part and she’d not used it before.  One side she glued in advance and the other side she left unglued to see if there would be an issue with the unglued one holding up.  Experiment successful!  Glue required on this particular bling in the future.  I am gluing them all in and I don’t expect any further problems.

The value on the browbands from Maiko Duchess is about what you would expect from a customized hand sewn browband.  Prices on her work varies based on the cost of the bling desired, but for the level of attention and customization and customer service provided…I’d say the value is excellent.  If you’re interested in contacting Maiko Duchess to discuss a browband, hit her up on Facebook!

A big THANK YOU to Topline Photos for the gorgeous shots of Spicey in his browband! 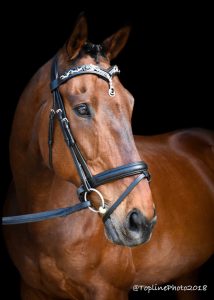 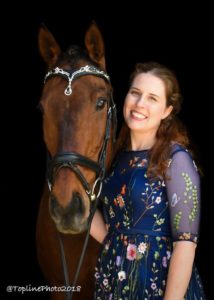