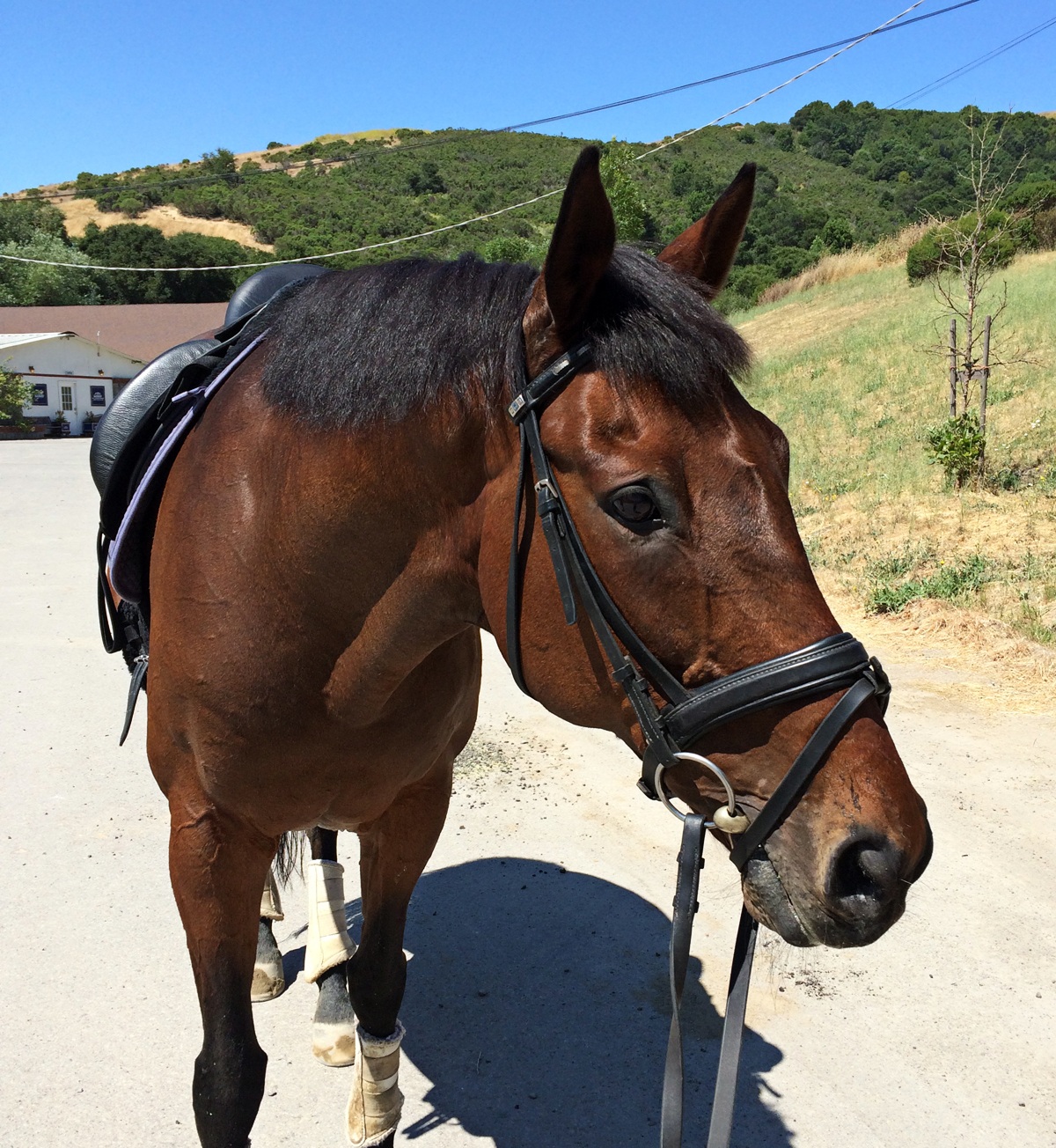 My Tale of Two Brothers starts with neither.

The story starts with a young chestnut warmblood named Champ giving me my first lesson as an adult and reintroducing me back into horses.   You all know Champ…he’s the same one I talk about all the time.  He is sweet, generous and genuinely loves humans. However, in this story he plays the roll of the red headed step child.  Poor Champ. 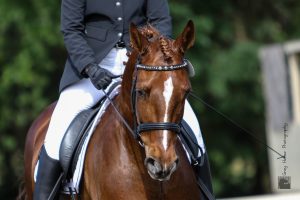 Champ was well behaved and fantastic to ride for a couple of lessons, but there was a large OTTB up in the barn that set my heart racing.  I let the trainer know right away that he was the horse I wanted to ride.  Several lessons later, I got to ride that big OTTB and I forgot all about that pretty little warmblood.  His name was Titan and he was well deserving of that name.  He was big (16.3hh), handsome and athletic with a little hitch in his giddyup that he never let bother him.   He had a kind, sincere soul and we enjoyed each others’ company for a couple of years.  He taught me how to care for a horse top to bottom (well he did with the help of my trainer).  He taught me to be afraid.  Then he taught me not to be afraid and how to handle tricky situations with grace and skill.  He won me my first ribbons (yes…he won them…I was just a passenger).  We had a fall together from which both of us recovered…for the most part.  He taught me the joy of galloping and the peace of the quiet moments.  He showed me what a collected, powerful canter should feel like. I loved him and still love him like no other horse.  He passed away in early 2014 and I was devastated.

Titan had been ill the last several months of his life and I had transitioned back to riding Champ, though I complained to him daily for not being more like Titan.  After Titan left, I resented that sound, young, healthy, happy, handsome guy even more…but trucked on.  I knew those feelings would fade, even if they took weeks, months or years.  My red headed step child and I worked together to build our bond and learned to trust each other.  We had our good days and our bad days, but Champ taught me more that Titan ever had about riding (because he was much trickier).  We had some grand adventures together that lead to some 70+% at Intro and Training level and even some English Pleasure ribbons.  I loved Champ and cared for him just as diligently as I had Titan, but it wasn’t the same.  Two and a half years later Champ is gone…at least for a while.  Champ is fine, he’s just out in pasture for an undetermined amount of time healing from an injury that just stubbornly keeps coming back.  I was sad to lose him, but it didn’t cut deep like it did with Titan and I knew I needed to take the opportunity to spread my wings and go to another trainer.

I found myself horseless, at least mentally.  As luck would have it the day Champ left for pasture I saw an advertisement for a dressage schoolmaster for lease on Facebook.  He was fairly local, a big handsome bay, and had shown to PSG and trained to I1.  The ad suggested a calm, relaxed rider worked best for him and that he was sweet and loved attention.  He seemed perfect.  I knew how much a horse like that could teach me and I jumped on the opportunity right away, though I wasn’t sure I was a good enough rider to ride a horse trained to that level.

The day I walked into the barn and met Spice I thought to myself, “My goodness he looks a lot like Titan.”  They were both big bay Thoroughbred geldings.  His big shoulders, nicely shaped neck, powerful hindquarters and eye were all shades of my former love.  The legs were different and the back was much shorter (Spice has nicer conformation…which probably explains his longevity).  The soul behind the eyes was similar too.  Quiet, but with a tendency to nervousness.  Sweetness, but with a little bit of playfulness hidden not too deep.   The canter felt the same too.  Big, powerful and joyous.  I accidentally did a few tempi changes…and got to experience his extensions in a bit of a messy fashion, but I laughed the whole time.  I was sold in one lesson.  I rode a few other horses with the trainer after Spice went lame one week (foot issue) and coliced another.  The colic was shades of Titan as well (as both have/had a tendency towards having gas colic).  I had to laugh at my luck, but just pushed through anyways knowing what was there.

The story came full circle several weeks into my lessons.   I was doing some research for one of the girls in the new barn about Thoroughbred high-point programs and I asked the trainer if she’d ever signed up Spice for one of these.  She said no, but if I wanted to she knew Spice’s JC name and sire.  As she told me the sire name, I had a moment of confusion.  Then I started to smile.  I double checked both Spice and Titan’s pedigrees, because it was just too good to be true.  They were brothers!  Half to be exact.  Both share the same sire (Candi’s Gold)…no wonder I spotted so many similarities that first day.   Not only that, but they were from the same foal crop.  This cemented my future with Spice.  I am going nowhere.  He and I already have a quick bond and I have found his itchy spots.

In just a little over a month riding Spice, I have learned more than I could have imagined.  I have learned things I didn’t know I didn’t know.  He fast forwarded my dressage career by a few years in just a few lessons and I cannot be more grateful.  I feel so blessed to find the brother of the horse I loved so much and his training and skill are a major bonus!