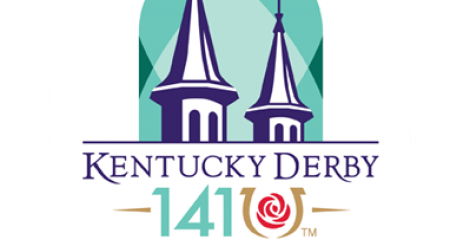 It’s Derby time again.  Part of the fun of the Derby is trying to sort out a winner from an enormous field of potentially very talented colts, many of which have not faced each other.  You can base your picks on times and speed figures, but that’s not always going to win you the race.  We have a very particular spreadsheet system we put together every year to pick the horses that will likely win the Derby.  The last two years we have picked two of the trifecta finishers and the winner both times- granted they were favorites) and have a pretty good record for many years).  There’s a lot of speed/tactical speed type horses this year and it will be interesting to see how the pace plays out. These are our thoughts this year.

Thoughts on the Field

1 – Ocho Ocho Ocho – A speed horse who has been passed by his further developing rivals.  He may have been good early, but he’s falling down the ladder quickly.  Look for him to be on the pace (or a number of others).  Drew the dreaded 1 spot and that’s not going to help him any.  We say he finishes well up the track behind the winner.  He wins the award for the worst name of the bunch also.

2 – Carpe Diem – Almost any other year, this horse would be a favorite.  Great breeding and very nice looking with a good race record.  He’s a little slow for us to pick him as a winner.  He also has a tendency to “nut up” before races and we’re concerned about how he’s going to handle the Derby crowd.   He did not luck out on the draw, and this will hender his chances.  Pass.

3 – Materiality – One of our sentimental choices.  Why?  Afleet Alex.  His sire Afleet Alex is one of our favorite racehorses ever.  With a more normal pace in his Derby, he would be a Triple Crown winner (if you haven’t watched his Preakness and Belmont…stay tuned for another couple weeks for a blog on Afleet Alex).  He’s not a bad choice either.  He’s fast and undefeated.  Granted he’s only raced 3 times, but he won the Florida Derby the last out.  This horse is actually the horse that our spreadsheet says will win the Derby.  His only bad mark?  The Apollo Curse (he did not start as a 2 year old), and that curse has been constant (if Curlin couldn’t break it, we’re not sure if any horse can).  We really like him and would be thrilled to see him win this race for his daddy.  Draw is a little rough for him, but we’ll see what happens.

4 – Tencendur – The up and comer New York Bred.  He’ll get some wise guy money, but we don’t see him winning.  We predict a bounce off his big effort in the Wood.

5 – Danzig Moon – We want to like this horse, but we don’t.  He’s another wise guy bet and we think his odds will be lower than what he’s worth.  He’s not fast enough, has a high dosage, and his one start over Churchill Downs wasn’t great. Pass.

6 – Mubtaahij – We are not sure what to think about this horse.  He’s bred to run all day and his races have been impressive.  He’s quick (though we don’t have Beyers to go off of).  The big questions are…How will he handle the travel?  How will he handle having to switch feeds before the biggest race of his life?  Will running off Lasix give others an edge on him?  Is he fast enough (what has his competition really been like)?  We’ll see on Saturday!  Too many questions for us to pick him, but we wouldn’t be sad to see this guy win.  Great post position should help him if he has the talent.

7 – El Kabeir – We’re not sure what to say about this horse.  He’s been consistent, but we feel he’s a cut below.  However if there’s a big pace meltdown, look for him to come in for a piece of the Derby pie.  He’s got Calvin Borel up and is fast enough to maybe pull it off in a Giacomo kind of way (actually…we think he’s probably faster than Giacomo).  We like him.  Great post position and he should be picking up at the end.  Leave him out of the exotics at your peril.

8 – Dortmond – He’s undefeated.  He’s battle tested and does not let horses pass.  He’s quick.  His only downside is that with his large body, he might get a little stuck if he doesn’t have good racing luck.  He’s got a convincing win over Churchill Downs as well.  We’re not a huge fan of his breeding, but he’s grown past that knock for us.  The post is fine, but not perfect.  He’s the likely winner.

9 – Bolo – Bolo is our choice for Most Likely to be the next Monba (Monba finished 19th in the Derby after quite a bit of play at the windows).  This horse will be better as a turf horse and we really hope that they go that direction with him after the Derby.  He could be a good one.  But we know that Churchill can play friendly to these types, so look for him to either crash and burn or pick up a place in the exotics.

10 – Firing Line – If you like Dortmond, you have to like Firing Line.  He’s obviously a classy horse and has given Dortmond a challenge out in California.  You have to be concerned a bit about his breeding to like the distance however.  Look for him to be there at the end…or to fall apart in the last 8th.  We’re not sure on this one, but we’re going to say he won’t win.  If Dortmond wouldn’t let him by before, he won’t let him by now.

11 – Stanford – A classy speed horse bred for the distance.  We think he’s a cut below the best, but look for him to be hanging around at the end.  May end up in the 4-9th finishers.

12 – International Star – For us this horse is a toss (as are almost all horses that come from the Louisiana path every year).  He has yet to break the 100 mark for Bayer Speed Figures and his dosage is one of the highest in the field.  He has one race over Churchill and lost it to El Kabier (who is on the second string of the horses from New York this year).  Pass.

13 – Itsaknockout – This horse is being overlooked a bit right now because of his poor start last out.  He had been talented and consistent before the Florida Derby.  If the pre-Florida Derby Itsaknockout shows up, he’ll be there in the top 10.  If not, he probably won’t.  We can’t help but think he might not be on the upswing right now.

14 – Keen Ice – This is a handsome son of Curlin (so therefore a sentimental pick for us).  He’s too slow to win (one of the three slowest) unless there’s an absolute pace meltdown…but there are others I think can beat him to the wire even in that case.  We have to throw him in as a possible pick for 2nd or 3rd (since the last horse in the Derby field has managed to get a piece of it the last couple of years…and he’s similar to their type).  Got one of the “extra space” posts.  This will do nothing but help him.  Good draw.

15 – Frosted – Since they fixed him up (throat surgery, blinkers, new rider), he has improved immensely.  It’s hard to place him above Dortmond, however he just might be the best horse here.  He had a weird season, but we think that the real Frosted showed up in the Wood and he was rewarded with the fastest Bayer Speed Figure of any horse in Derby this year for that effort (107).  We like his style for the Derby and he seems like a colt on the improve.  We’ll see if he can live up to his potential. Tapit has yet to have a Derby winner…but he’s the hot sire right now and we no longer doubt his ability to get a horse running this far.  He’s one to watch…oh and he’s a gorgeous grey!  The same with Keen Ice…he gets the extra break space because of the auxiliary gate.  Great draw!

16 – War Story – One of the three slowest horses in the field.  And he’s a gelding (geldings rarely win the Derby).  Yeah.  Pass.

17 – Mr. Z – We have a hard time with this one.  He’s certainly not short on conditioning (aka he’s been ran hard…he has the most starts of any horse int he field 12…which is 4 more than the next horses with the most starts).  He has twice the amount of starts than Dortmond!  He’s a classy little guy that always tries hard, but we don’t think this is going to be his race.  No horse has ever won from this post position.

18 – American Pharoah –  The favorite.  The 2 year old champ.  He’s demolished every field this year and took the Arkansas route (which is always successful).  He likes mud.  His speed figures are a little lower than some others.  He has not been tested and we have no idea how he’ll respond in a dogfight to the wire.  His dosage is the highest in the field, and his pedigree is suspect at the mile and a quarter, but he’s a really nice mover and seems to be a bright horse.  He’s either going to be a super star, or he’s not.  We’re undecided…but our spreadsheet says he’s a cut below Dortmond (at least on paper).  We’re also not really a fan of his breeding.  We’re going to pick against him, but we wouldn’t be unhappy if he proved us wrong.  We do and do not like this post for him.  He’s on the outside of most of the real speed, but may need to be used to get decent position early…and for a horse with distance questions (at least in his pedigree) any extra feet he has to travel has to bring some doubts.

19 – Upstart – Because I like Materiality, I have to like Upstart.  Upstart is very fast.  He’s also a stalker type, so that’s big time helpful for a Derby like this.  Materiality just barely beat him.  He’s a ridgling (which don’t tend to win the Derby), but we don’t mind.  We love his breeding.  We think he could be a sneaky winner at a good price, but don’t like his post draw at all.

20 –Far Right – One of the three slowest in the field.  Managed to look like a nag running against American Pharoah (though the entire field did).  Pass.

1. Dortmond
2. Frosted
3.  Materiality
4.  El Kabier (We did have Upstart here…but with the poor post he drew…and the perfect post drawn by El Kabier…we have to think he’ll be running at the end.  He’s nothing if not consistent.