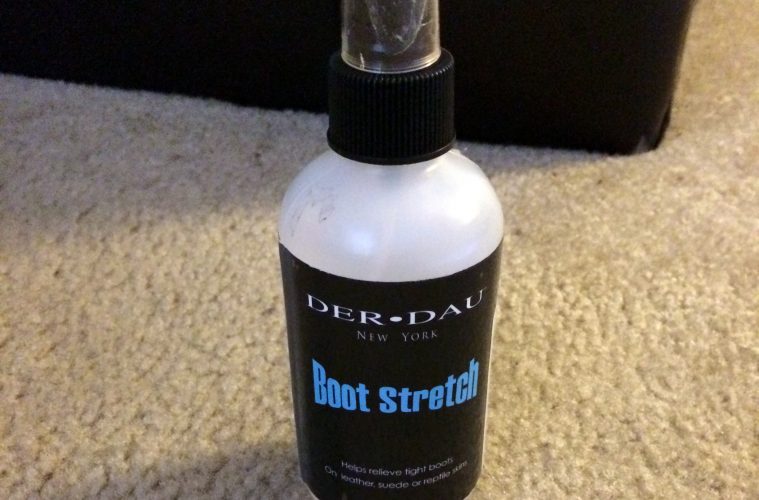 I tried Dur Dau Boot Stretch on a whim and after a few successful uses, decided to review it.  I saw it in the tack store and thought…well this is handy.  Maybe I’ll need it one day.

Just a few months later I was gifted a pair of used dress boots that didn’t quite fit.  They were the older pull on type that had already been broken in to someone else’s leg.  They were not very comfortable and didn’t fit me that well.  This is wear the Dur Dau Boot Stretch came into play (and lots and lots of oil).

I softened up the ankle quite a bit with oil and then sprayed the Boot Stretch on the tight parts and walked around until it was dry.  Several applications later, the boots fit much better.  It was awesome!

When I recently bought some Tredstep Da Vinci’s, there were several tight spots.  I used the Boot Stretch again, and several applications later, the boots were much more comfortable.

I recommend Dur Dau Boot Stretch if you need to loosen up pinchy or tight spots on your boots.     My only real complaint is that it smells like rubbing alcohol (it might be for all I know).